The US Census Bureau defines the “West”as all the states west of the easternmost “Rocky Mountain States” through which the Rocky Mountains create a natural divide from North to South, from Montana, Wyoming, Colorado to New Mexico. The most populous state in the West is California, and it is also the most populous state in the U.S., ranking third in land area. California borders the Pacific Ocean to the west, Oregon to the north, Nevada to the east, Arizona to the southeast, and the Mexican state of Baja California to the south. California's most recognized and prosperous industries include entertainment (centered in Los Angeles), tourism, and agriculture, as well as computer and information technology. Today, California is leading the U.S. Green Development movement, as well as sustainable organic agriculture.


All jobs in California 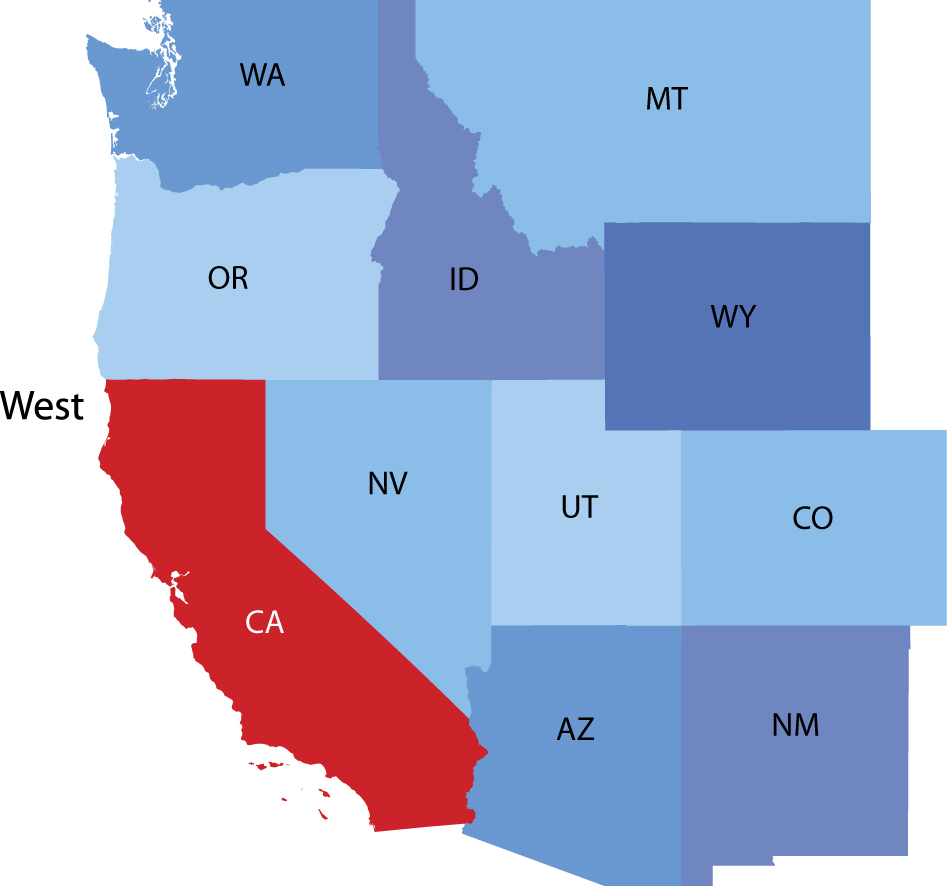